VIA - Vietnam Autonomous is an open-source project initiated by MakerHanoi to create an open platform for autonomous vehicles. We aim to help students, makers, and hobbyists to build their own 3D printed cars as the platforms for studying AI. This project has four major parts: 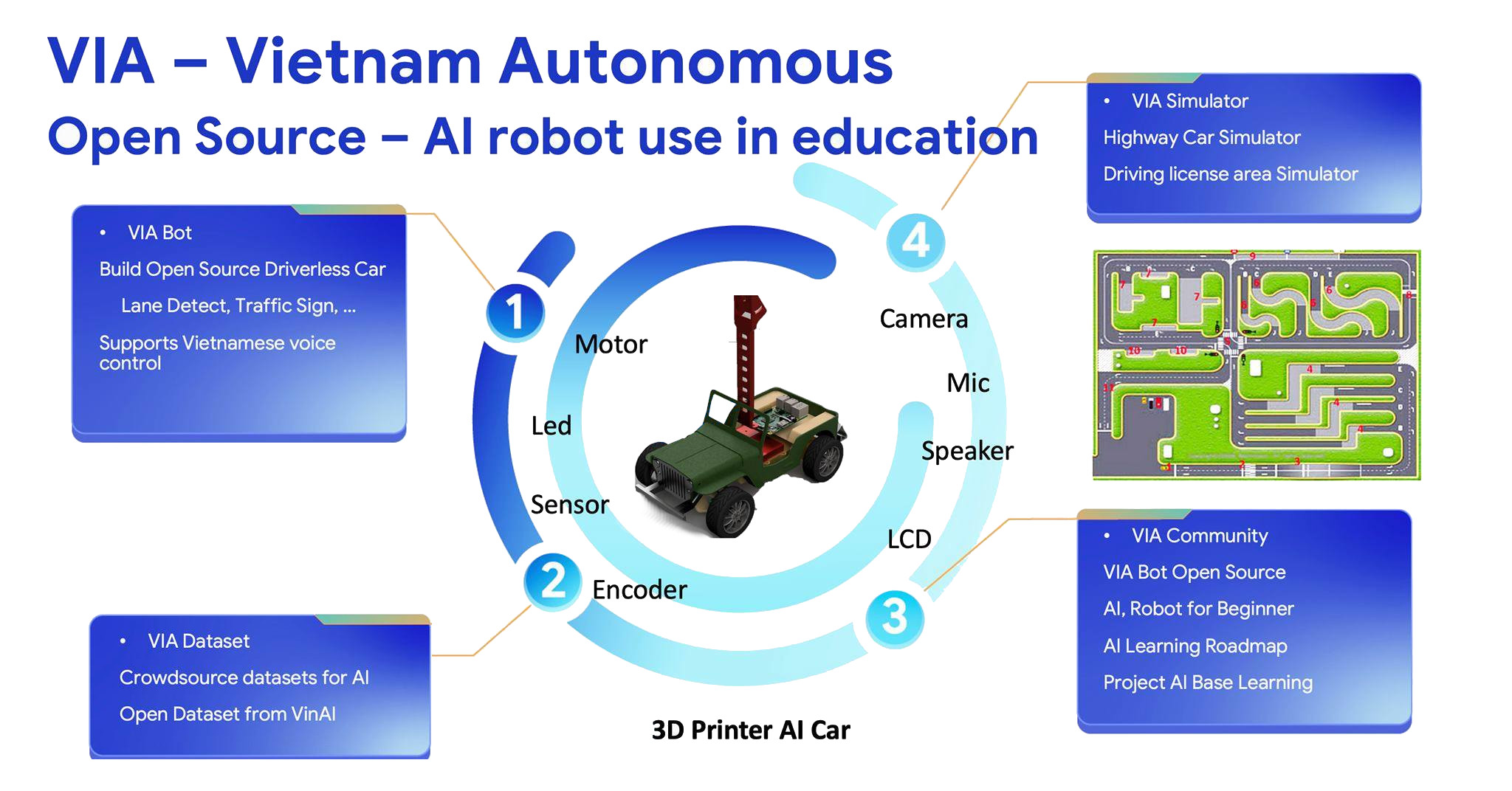 VIA is an open source project!

From an open source project perspective, HanoiMaker wants the community to join hands to contribute to this project. Contribution can be project-oriented criticism, design of component modules, or directly involved in the coding and documentation of parts of the project. For more information, please contact MakerHanoi with the information below.